I was working for the late Moritz, Prince and Landgrave of Hesse, on his hotel in Frankfurt, the Hessischer Hof.  He asked me to design a folly on his estate in Panker, Schleswig-Holstein.  I was delighted, never having designed a folly before.  It was to be his equivalent of a shed in the garden where he could write in peace.  I visited Schloss Panker and we walked around the parkland in the rain.  My sketch shown here was actually drawn at the time and formed the basis of the final design.  We established the best position for the building, both for prospect and aspect, but it was too far away from the river, so we diverted the river to run in front of it. 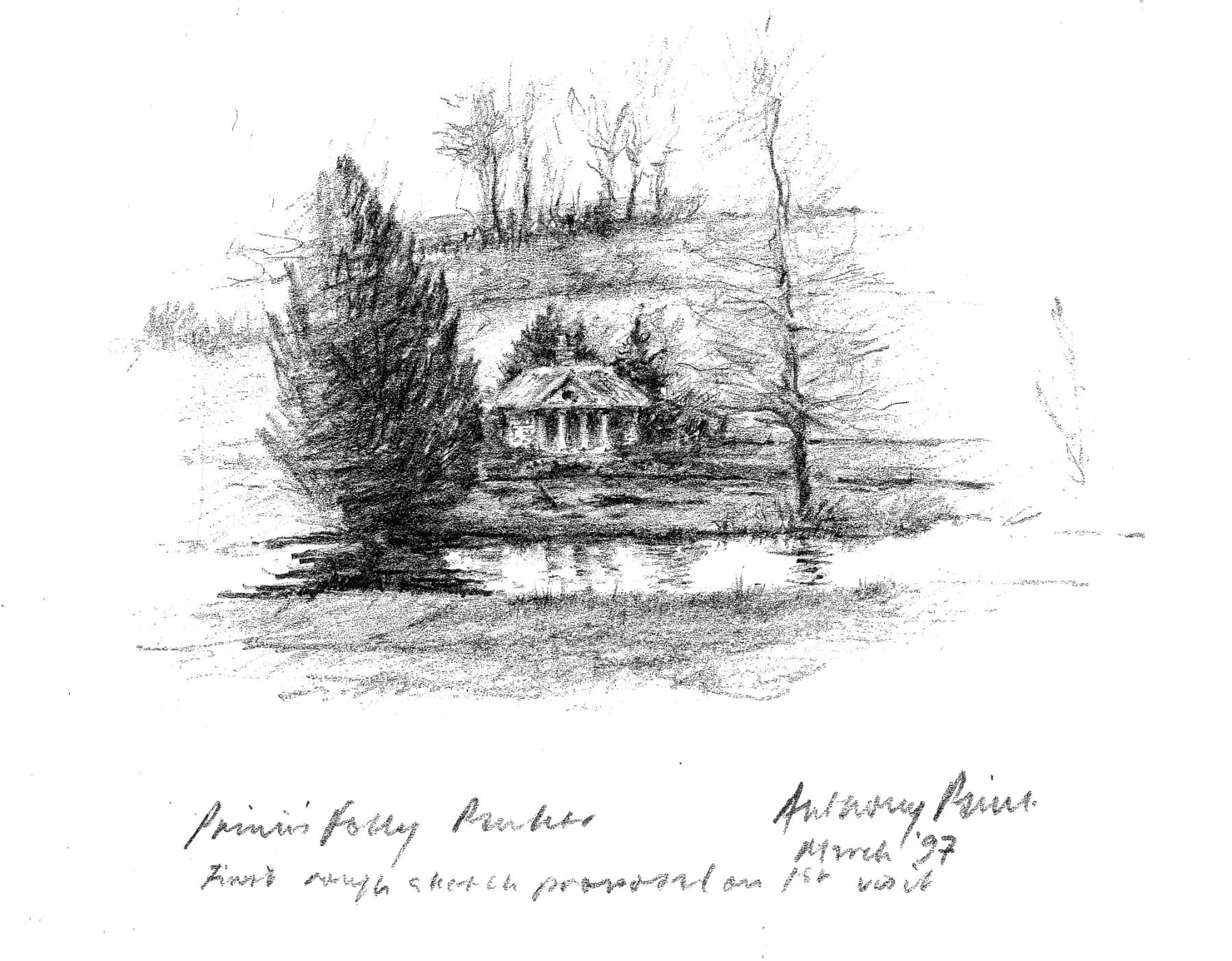 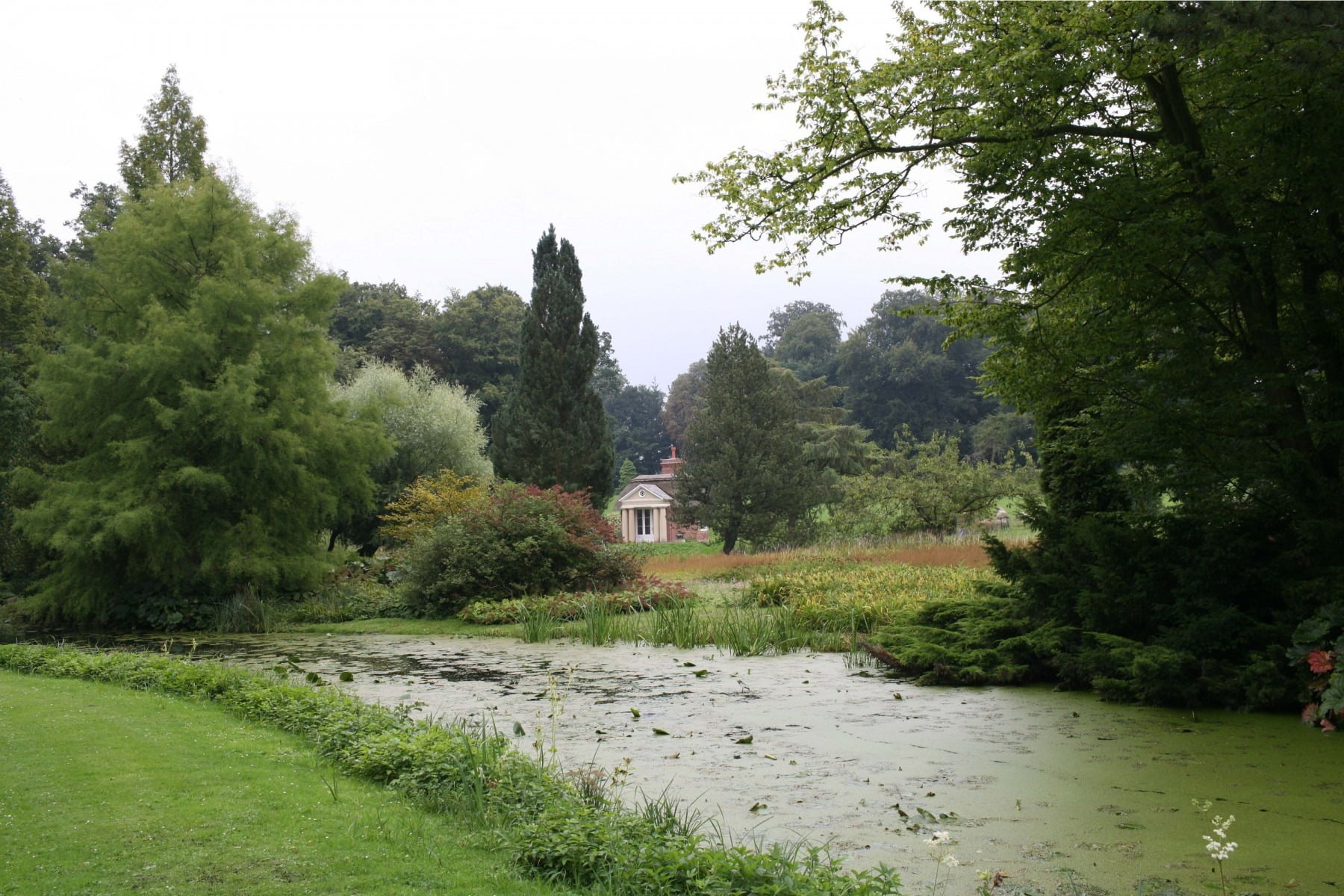 The proportions of the folly were carefully based on the √2 golden section as can be seen on the plan.  The thatched roofing is local to the area, as are the brick and granite.  It was liberating to design without the usual constraints and demands of a habitable dwelling and to introduce some ‘serious fun’ into a building.  Originally I envisaged the columns as bound branches but as the environment is very damp, I decided to use stone instead.  The Greek Doric columns are in one piece and were turned in Yorkshire as we couldn’t find a German company capable of producing them.  A vestige of the branches can be seen just below the capital. The arched windows are curved on plan.  As a result, the frame and glazing bars had to be hand-carved, also made in Yorkshire. 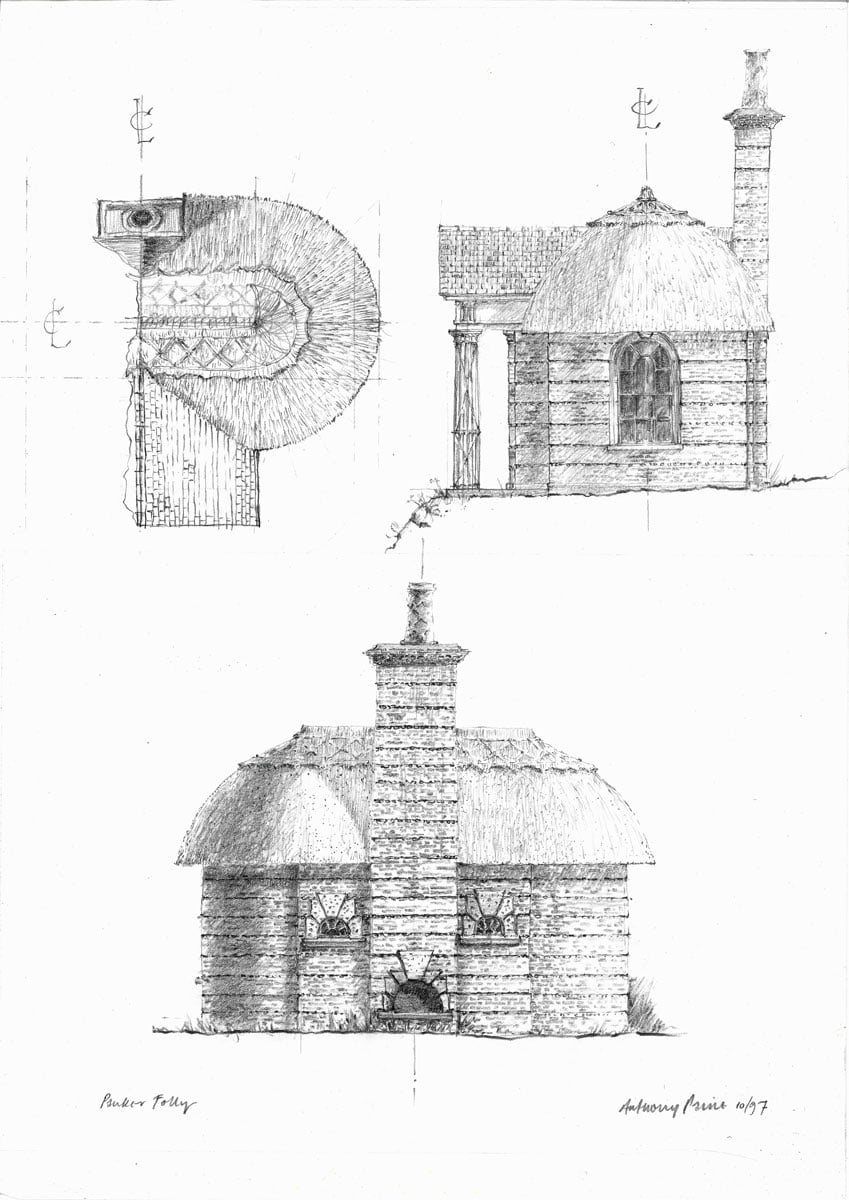 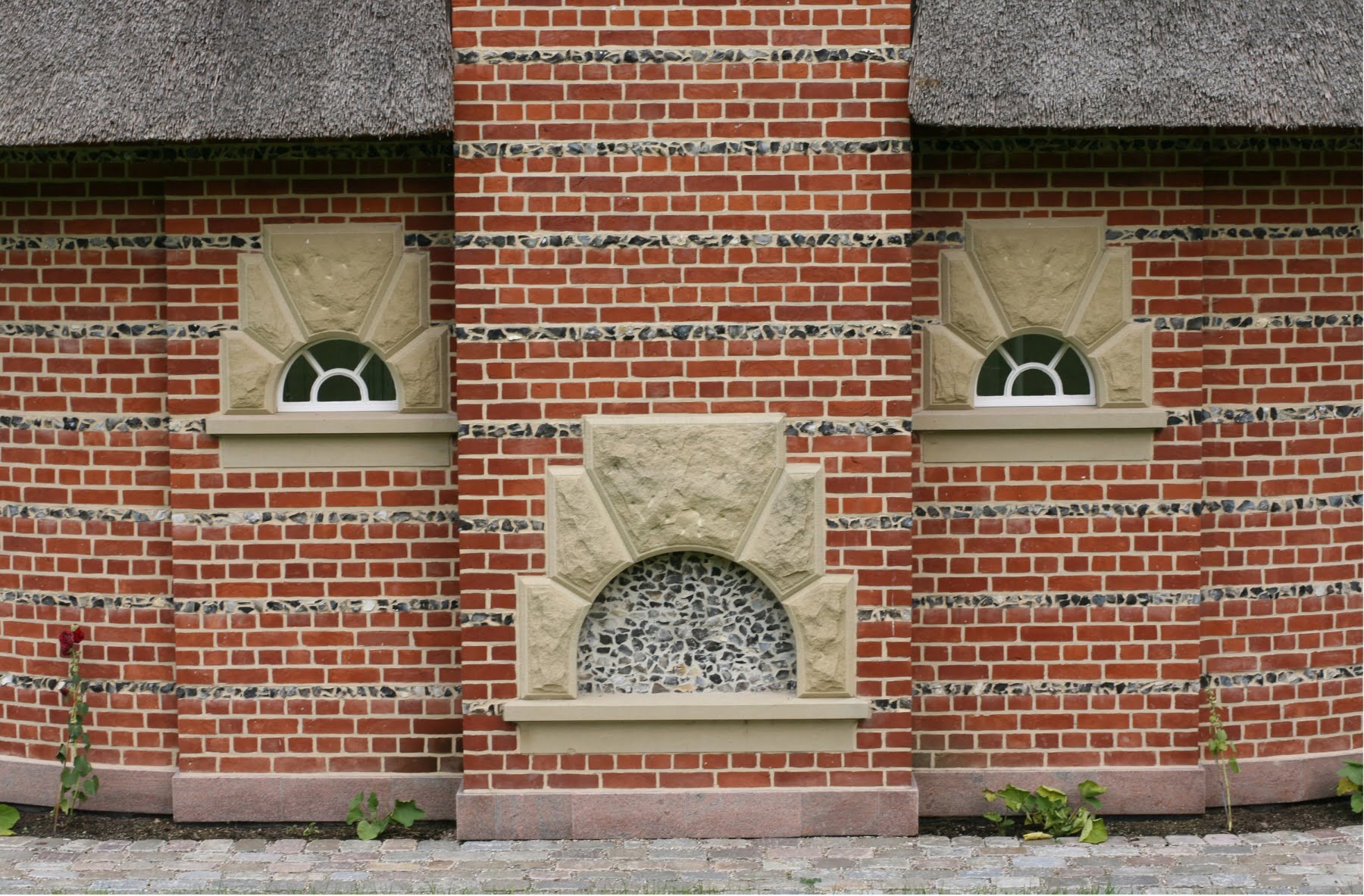 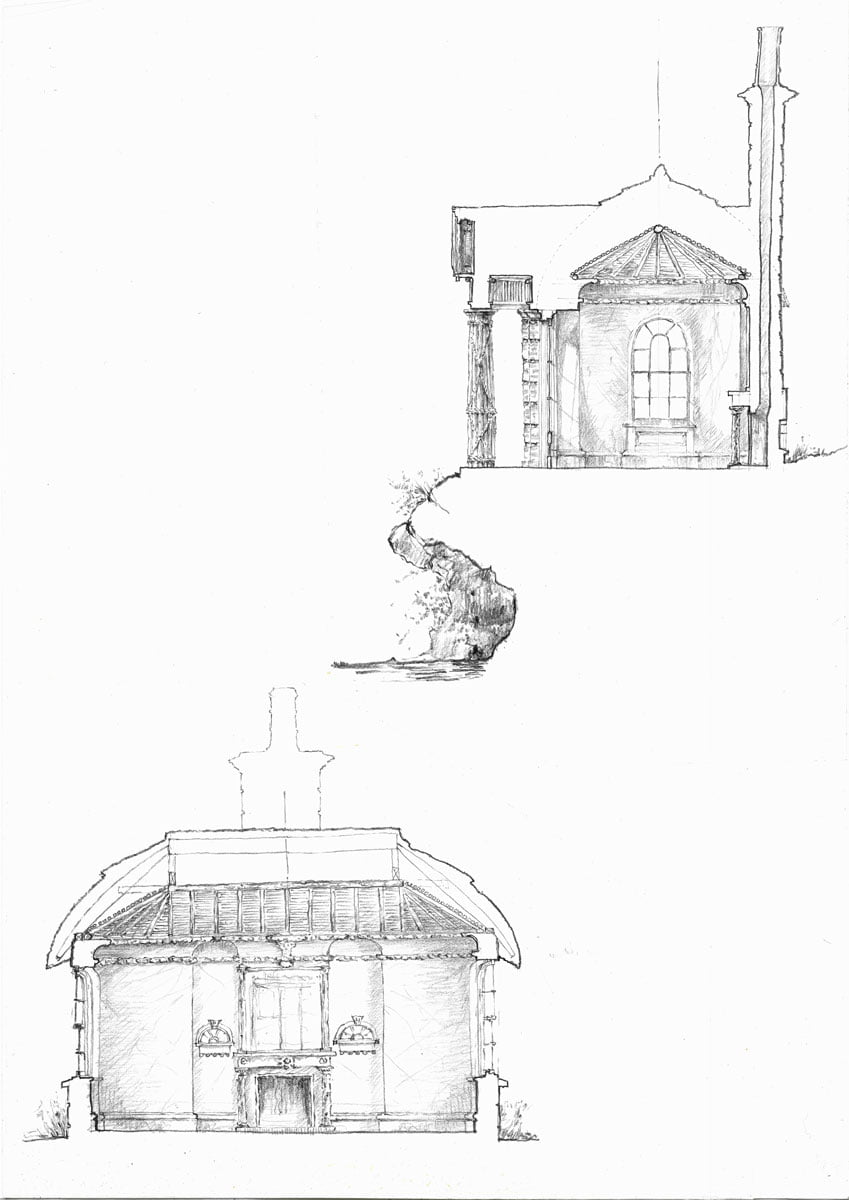 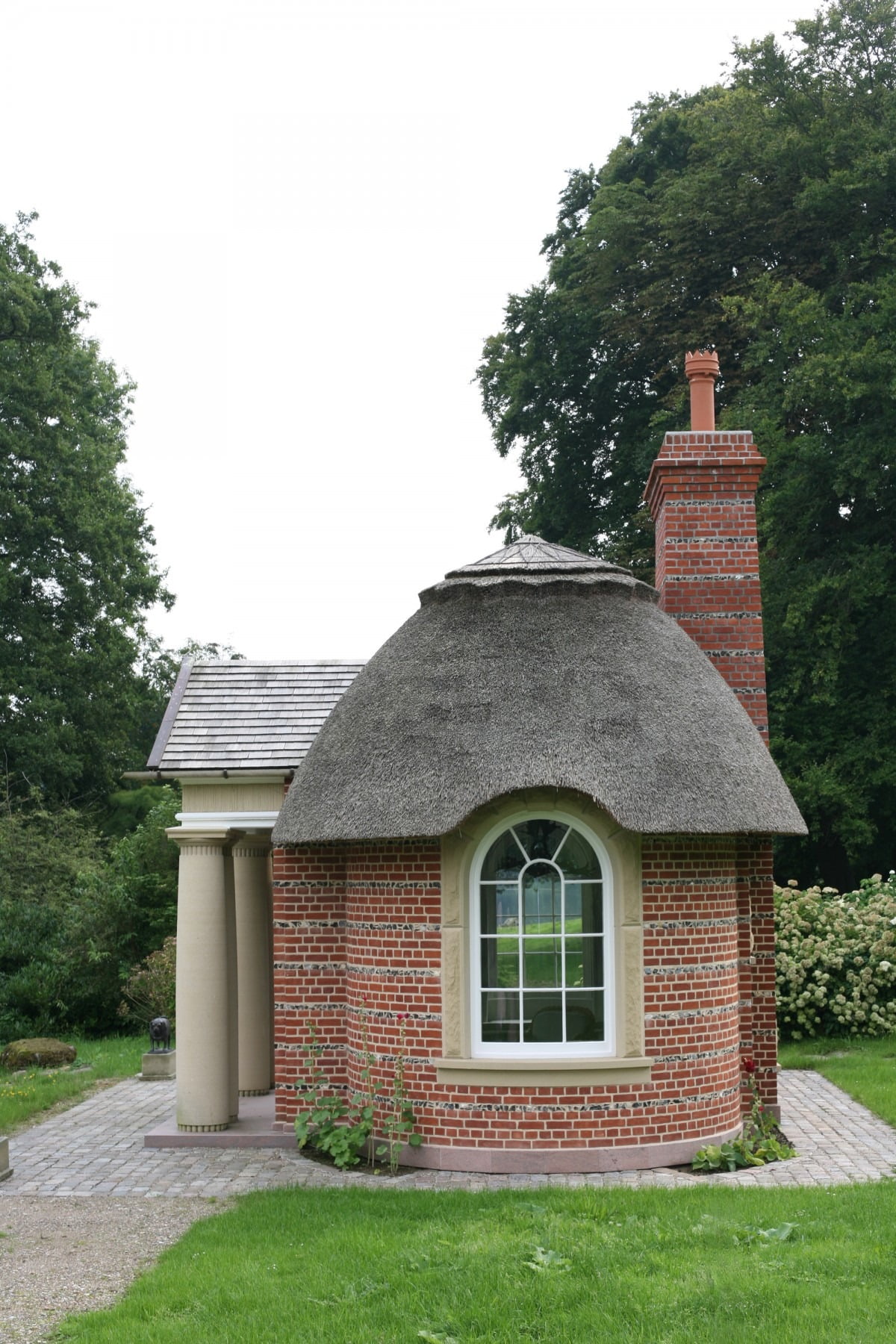 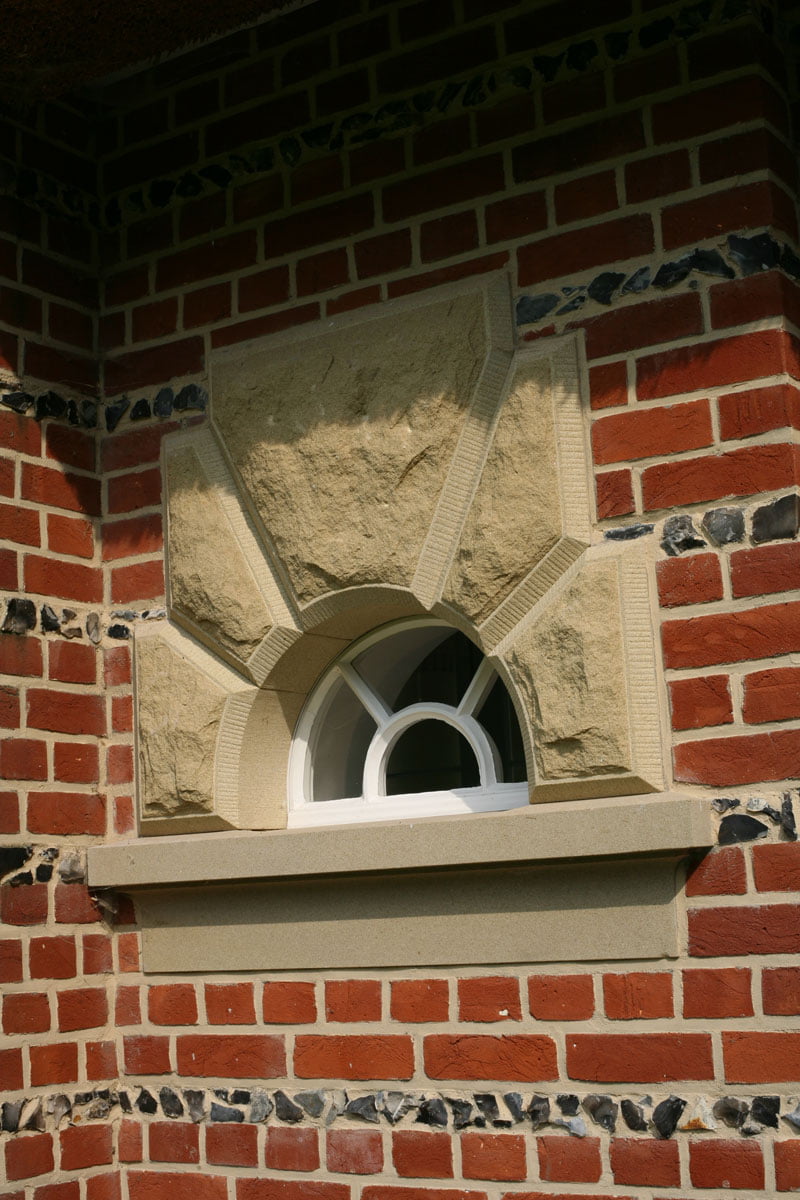 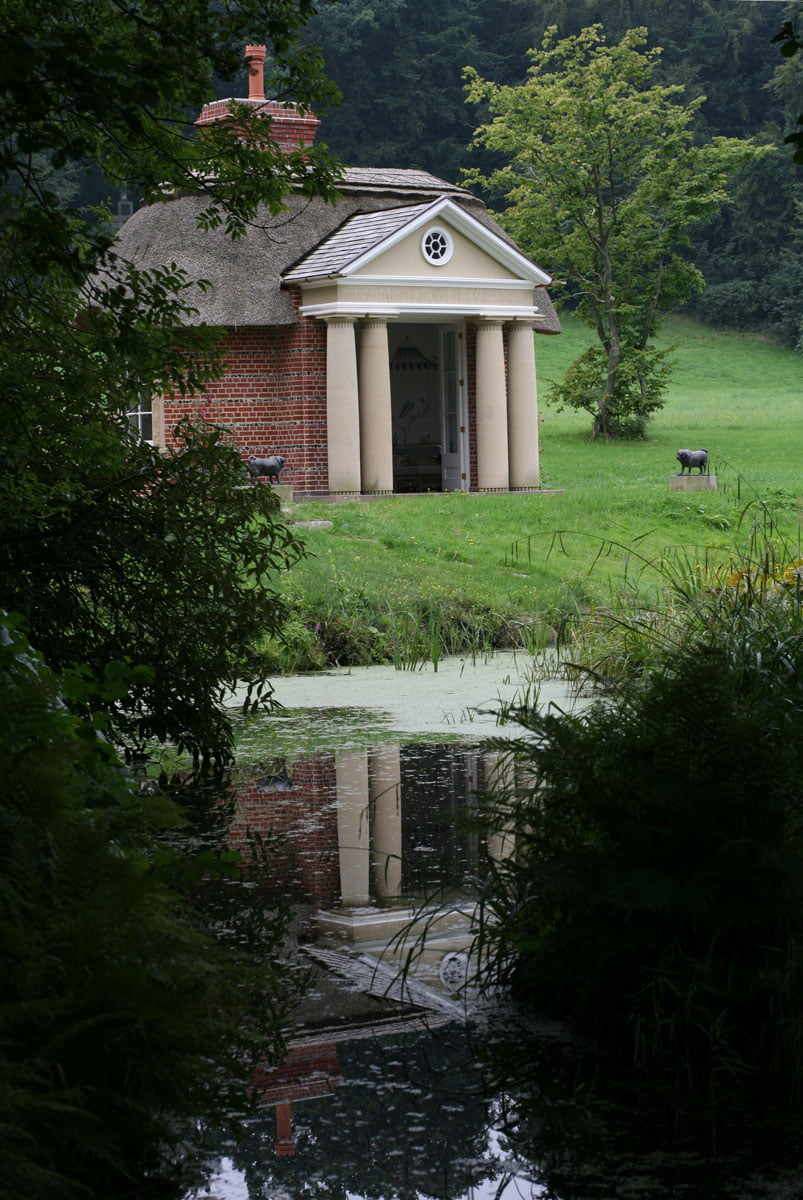